According to the survey Report titled ‘MUDRA Scheme: a Game Changer Initiative on Job Creation’, a total of 54,479,763 jobs have been generated through MUDRA. These include 37,753,217 direct jobs and 16,726,545 indirect jobs. The Report will be released at the 49th SKOCH Summit on 8th September 2017 at Constitution Club of India, New Delhi.

“MUDRA scheme has emerged as the dark horse of Modi Government. This is addressing the most critical problem facing the country today, jobs,” said Mr Sameer Kochhar, Chairman, SKOCH Group and Author of the Report.

MUDRA scheme was launched by Prime Minister Narendra Modi on 8th April 2015 with an objective to “fund the unfunded”.

Highlighting the success of MUDRA scheme, Mr Kochhar, a reforms historian and Author of best-seller ModiNomics, says: “MUDRA scheme is focused on creating small entrepreneurs. The scheme has successfully created an ecosystem of entrepreneurs at the ground level. Moreover, it is having very impactful multiplier effect on job-creation.”

So far, Rs 3.42 lakh crore MUDRA loan has been disbursed to over 8 crore people, mostly small entrepreneurs. A substantial number of these people are those who were not involved in any kind of business before. MUDRA loans is available for non-agricultural activities upto Rs. 10 lakh. Activities allied to agriculture, such as dairy, poultry, beekeeping etc, are also covered.

‘MUDRA Scheme: a Game Changer Initiative on Job Creation’ is a first of its kind report that highlights job linkage of MUDRA scheme. The report is based on the primary data collected from Micro Units Development & Refinance Agency Ltd (MUDRA Ltd), banks and financial institutions and also from the beneficiaries of the scheme.

“Data available with MUDRA, banks and financial institutions pertains primarily to opening of accounts and loan disbursal. It does not capture any numbers on employment generation. We have done an extensive ground work to correlate the loan data with job creation. Nobody else has done it so far,” says Mr Kochhar.

According to the Report, another noteworthy thing about the MUDRA scheme is that it is inclusive. Its focus has been on the underprivileged sections of the society. Nearly half of the beneficiaries under the scheme belong to underprivileged class. This includes 20 per cent of the Scheduled Caste category, 5 per cent from Scheduled Tribe and 35 per cent from Other Backward Classes. Interestingly, over 70 per cent beneficiaries are women. This clearly indicates that the scheme is well targeted.

The Report also flags concerns and challenges surrounding the MUDRA scheme. While the scheme is well targeted, there is a need for proper risk evaluation and credit assessment.

“Lending under MUDRA scheme has been higher than the government targets and projections. Beating the targets is an achievement and good sign for any scheme, so is the case with the MUDRA. However, it poses a challenge. High disbursements have been done by the Government-run banks and financial institutions, may be to meet their targets. As the loans are collateral free, a proper risk evaluation is crucially important. The success of the scheme in the long-run will largely depend on the proper risk evaluation and management,” the Report stresses.

The Report also highlighted the need for pushing the benefits of the scheme to the ‘hardto-reach-areas’. “Over 70 per cent of the total disbursals under the MUDRA scheme is concentrated in 10 states. Traditionally industrially advanced states like Tamil Nadu, Karnataka and Maharashtra have got the lion’s share, while the backward states, especially north eastern states lag far behind. Economically backward states need such schemes the most. Some mechanism must be devised to reach to the areas, which are hard to reach,” the Report highlights.

Reforms historian, Sameer Kochhar is Chairman, SKOCH Group. He is a passionate advocate of social, financial and digital inclusion. In 1997, after spending 15 years in the corporate world, he decided to follow his inner calling and become a development thinker. Ever since, he singlemindedly applied himself to the rigours of self-education, academic research and field tours. The SKOCH Group – which has think tank, media and consultancy arms – was established as part of this endeavour. His expert opinion is sought by the government. In Kochhar’s thinking, writings and activities, his profound admiration for India’s economic reforms—and in extension, those outstanding personalities who strive to make these reforms more meaningful and broad-based— comes out clear and unambiguous.

He has published several books, notable amongst these are:

SKOCH Group is India’s topmost think-tank for socio-economic issues with a focus on inclusive growth since 1997. Its research is accepted across political spectrum and is used for parliamentary replies as well as policy formulation. SKOCH Group specializes in action research that brings felt-need of the grassroots to the policy table. It has published seven books thus far that are valued as recommended reading. The repertoire of services includes field interventions, consultancy, research reports, impact assessments, policy briefs, books, journals, workshops and conferences. SKOCH Group has instituted India’s highest independent civilian honours in the field of governance, finance, technology, economics and social sector 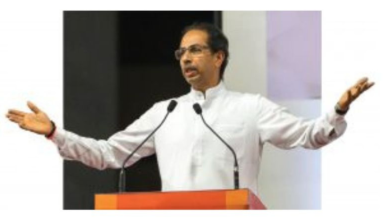 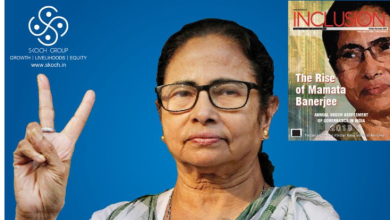 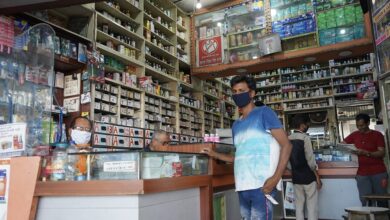 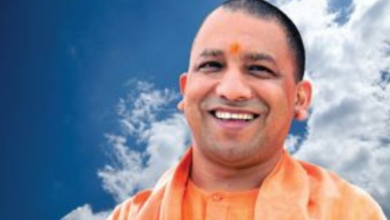