“The fiscal architecture of our country has worked fairly well given the environmental forces and challenges. But, to fix the challenge that faces the economy today we need to revisit the cluttered drawing board that chalks out the responsibility lists of the union government, the state governments and the concurrent list. These lists which were drawn out have proved to be impractical. And they need to be altered to suit the altered reality which has come about due to the technology advancements, immigration and other changes in the country.” says N K Singh, Chairman 15th Finance Commission..

Sameer Kochhar, a reform historian and author of several books including the bestseller ModiNomics, said apart from the global economic scenario and some pressing structural issues, the poor narratives have also dampened the economic growth. “My estimate is that at least 0.5 per cent drop in the GDP in Q1 was because of the poor narratives. The similar impact will be in Q2 and Q3 also.”

“Without massive structural reforms achieving $5 trillion GDP target is going to be an uphill task. The global macro-economic scenario is not favourable. So the only thing which can boost our growth is the structural reforms and massive improvement in the incremental capital-output ratio,” he said.

“Federal body can be reinvented as a powerful body, more or less models around the lines of GST council. It will be chaired by the PM & CM would have been the ministers to take decisions on programs operated by centrally sponsored schemes.”, said Dr. Sudipto Mundle, Member, 14th Finance Commission. 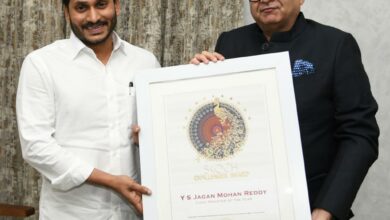